Conservation and restoration research at Palmyra has taken advantage of large-scale restoration efforts led by TNC and FWS both on land and underwater. Studies have focussed on understanding the current invasive species problems on the atoll and developing mitigation and restoration efforts. Examples of restoration work include the eradication of rats on the atoll and the removal of a shipwreck. Past and ongoing research has also focused on species of conservation concern including sharks, manta rays, turtles and seabirds. 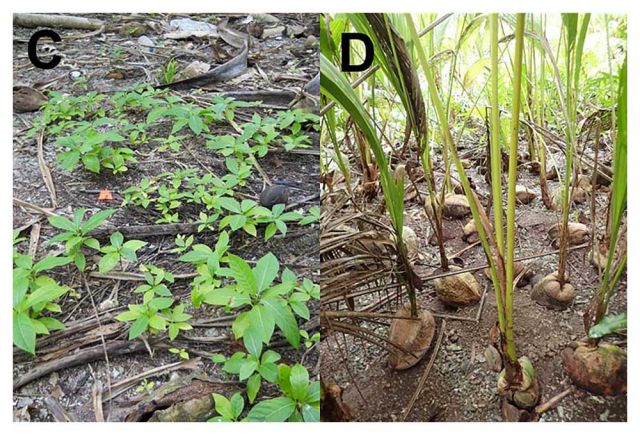 After the successful eradication of invasive rats from Palmyra Atoll in 2011, researchers documented significant increases in recruitment of of three native tree species (including Pisonia grandis, which forms important habitat for native seabirds) as well as increased recruitment of the non-native coconut palm, Cocos nucifera. Prior to the eradication, no recruitment of the native species had been observed, indicating that the management intervention (rat eradication) is helping native forests to rebound. Presently, additional management interventions (Cocos removal) are ongoing to further facilitate native forest recovery. 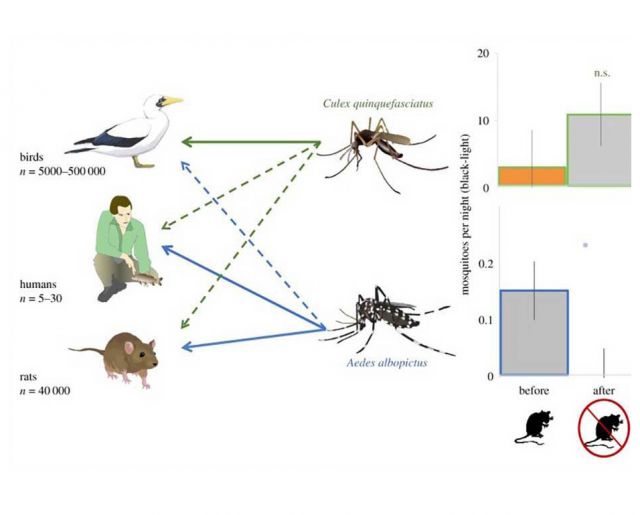 Palmyra researchers documented the local extinction of the Asian tiger mosquito (Aedes albopictus) at Palmyra Atoll after rats were successfully eradicated from the atoll in 2011, the first documented accidental secondary extinction of a mosquito on record. A second mosquito species (the southern house mosquito, Culex quinquefasciatus)has persisted. Researchers hypothesize that the extinct mosquito was dependent on the blood of mammals, which limited its chances at survival once the rats were removed from the system. The remaining species of mosquito has been able to persist by utilizing seabirds as a food source. This exciting result has important implications for disease control in vectors such as mosquitoes, through control of populations of their preferred prey. 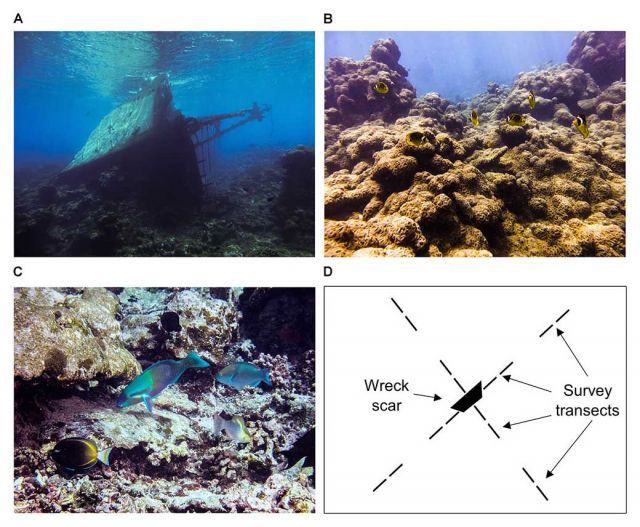 In 1991, a Taiwanese fishing vessel was wrecked on the shallow coral reef at Palmyra, years later triggering an outbreak of the corallimorph, Rhodactis howesii which smothered and killed corals in a large area surrounding the shipwreck. In 2014, the US Fish and Wildlife Service completed a successful removal of the wreckage with the goal of restoring the coral reef. In the years since the wreck removal, corallimorph cover in the vicinity of the wreck site has declined precipitously. Researchers have documented major changes in the fish communities at the site, specifically that herbivorous fishes like parrotfishes and surgeonfishes have increased dramatically. Researchers hypothesize that these changes in the fish community are a response to the benthic changes brought on by USFWS's management actions, and are currently documenting and studying the recovery of the reef.